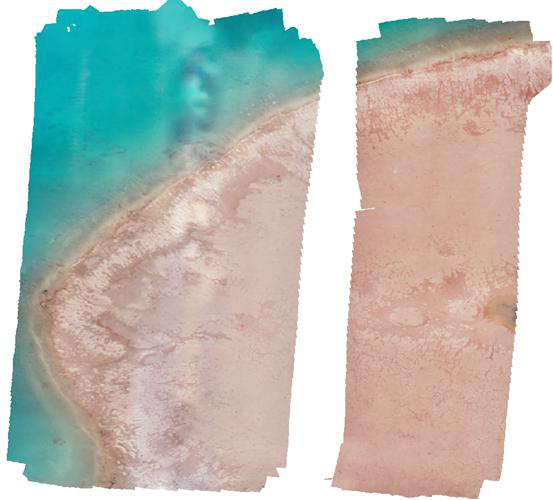 On August 22, 2018, a DJI camera was used in the fixed sample of Lancang River headwaters. The overlap degree of adjacent photos was not less than 70% according to the set flight route. The Orthophoto Image and DSM were generated using the photographs taken. The Orthophoto Image included three bands of red, green and blue, with a ground resolution of 2.5 cm, a shooting area of 1000m x 1000m and a DSM resolution of 4.5 cm. Due to the communication failure, the middle four airstrips were not photographed, so there was a band in the middle of the image missing.