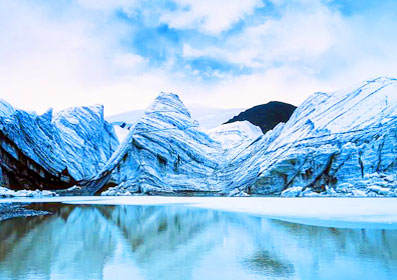 Using the first cataloged dataset of permafrost presence over the Tibet Plateau (Figure 1), the research team led by Prof. LI Xin at the Institute of Tibetan Plateau Research, Chinese Academy of Sciences, carried out a quantitative correction of the simulated overestimation of permafrost extent driven by Rock Glaciers (RGs) observations.

It is reported that the permafrost region accounts for about 24% of the land area of the Northern Hemisphere and is the largest component of the cryosphere. Due to the deep burial of permafrost, the assessment of its response mechanism to climate change relies on accurate simulations of permafrost distribution. However, current land surface models are weak in simulating permafrost, so the statistical models are still widely used in permafrost distribution studies. As a special periglacial landform distributed in high mountainous areas, RGs are normally used as “ground-truth” observations to indicate the presence or absence of permafrost, and are extensively used in compiling permafrost distribution. However, the high porosity and presence of ice in RGs enhance cooling effects on ground temperature, leading to more favorable conditions for permafrost presence than in adjacent ground. Based on this, the research team proposed the hypothesis that permafrost extent is overestimated using models driven by RG observations.

To address the above hypothesis, the research team selected a typical region of the Tibetan Plateau, and drove the permafrost probability model based on the first inventory of permafrost presence over the Tibetan Plateau and the RGs inventory, respectively. The results show that the permafrost zonation index was overestimated by about 8.4%–13.1% in a model driven by RG observations compared to a model using in situ measurements of permafrost presence/absence. The bias is particularly pronounced in discontinuous permafrost region, where it is thought to be highly sensitive to climate change, resulting in about a 41.8%–90.8% overestimation in permafrost region and 7.0%–18.6% misclassification. In view of the differences between the above two models, the research team further proposed a correction method, and expected that this method could provide a quantitative reference for other mountainous areas to obtain permafrost distribution by using RGs (Figure 2).

The above research results were recently published in Geophysical Research Letters under the title of "Quantifying Overestimated Permafrost Extent Driven by Rock Glacier Inventory" by Dr. Cao Bin (special research assistant) as the first author and Prof. Li Xin as the corresponding author. The research was supported by the National Natural Science Foundation of China project Basic Science Center for Tibetan Plateau Earth System (grant no. 41988101) and the China Postdoctoral Science Foundation (grant no. 2019M660046). At the same time, the inventory of permafrost existence based on the ground measurements used in the paper has been published simultaneously through the National Tibetan Plateau/Third Pole Environment Data Center (https://data.tpdc.ac.cn/en/). (Reprinted from Institute of Tibetan Plateau, Chinese Academy of Sciences)

Figure 1. Dataset of permafrost presence over the Tibetan Plateau based on rock glacier observations and ground observations. 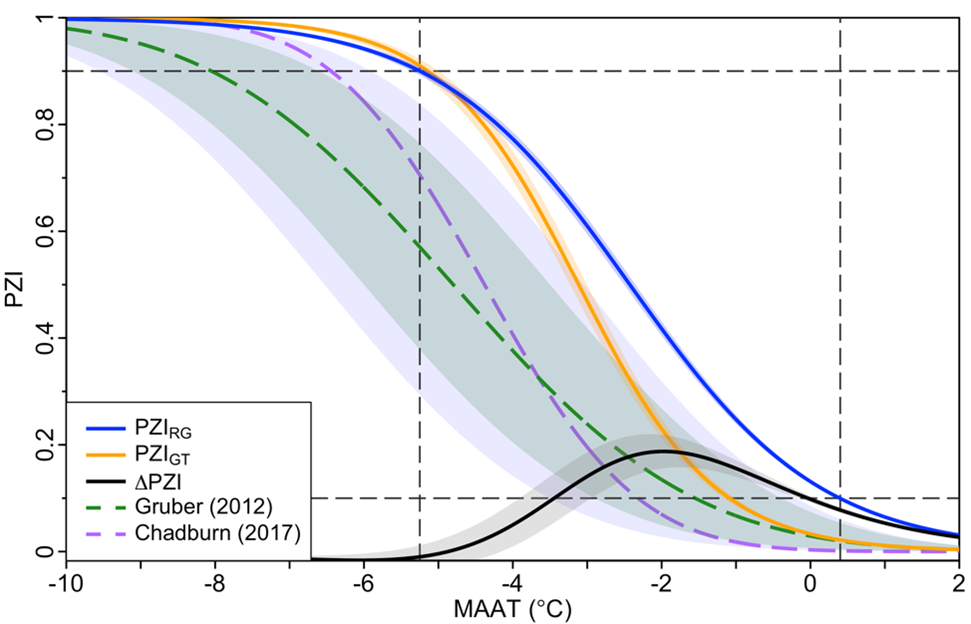